Bengt Hanson was born in 1944 in Stockholm, son of a bass player. He started off playing guitar but, at the age of 15, changed to his father's instrument. From his teens and until well into the 1970s he played with the Swedish Jazz Band, or the East End Jazzmen as they initially styled themselves. For a few years in the 1970s he also had a quartet of his own, which among other things launched the Swedish tenor saxophonist Nisse Sandström. Together with Knud Jørgensen, Bengt has performed with several guest soloists, among them trumpeter Harry "Sweets" Edison. As a bass player, Bengt has been profoundly influenced by, among others, Jimmy Blanton, who revolutionized bass playing around 1940, as well as Ray Brown, Paul Chambers and George Mraz.

In 1992 Bengt Hanson received a scholarship from Laila and Charles Gavatin's Foundation for Jazz Music.

Why stick to the duo format? "We became a unity and got to know each other so well that a look or expression from either of us in the course of playing would be enough to have us agree on the development of a certain passage," says Bengt Hanson. "We never felt the need for a third player. It would also have been hard for such a player to join this entity, and it wouldn't, to our way of thinking, have added anything to the music. But occasionally some sensitive wind or brass player such as Gustavo Bergalli would perform as a guest." 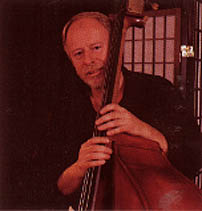