Rebecka Gordon is a Swedish jazz vocalist who has recently rediscovered the wealth of Yiddish songs. This music seems well matched to the warm modulation of her voice. Being a jazz singer it was natural for her to sing the classic Yiddish melodies in a jazz setting. The pathos expressed in many Yiddish songs both corresponds and contrasts with jazz; both were born out of their own burning need for expression.

Rebecka lives in Stockholm where she was born and educated. She is a graduate of the Royal College of Music in Stockholm, (1989-1993). She has performed in Stockholm and Gothenburg since 1993 both at jazz concerts and in Swedish churches as well as for special Swedish and Jewish events as, for example, the opening of the exhibition “Jewish Prague” at Prince Eugen’s Waldermarsudde in Stockholm, at Stockholm’s Jewish Theatre and at the Stockholm Water Festival. In the year 2000 she appeared at the Tenth London Jewish Music Festival, in 2002 in “Blue House Jazz” at Stockholm Concert Hall, in 2003 at the Jewish Festival of Learning and Culture in Limmud, Nottingham, England, and in 2004 at Alfvénsalen in Uppsala, Sweden. 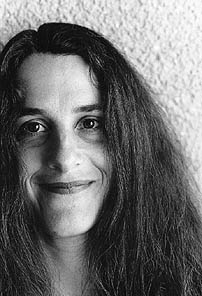