Ove Lundin is one of the most underestimated pianists in Swedish jazz while at the same time being one of the most sought-after. This assertion can at first seem contradictory but there are reasons, one being that he has not always played jazz. Since 1979 he has been a piano teacher at the Royal College of Music in Stockholm where he devotes a great deal of his time and energy towards giving his students a thorough education in classical music and other forms.

Another reason is that he willingly performs as a classical concert pianist in chamber music situations. During the years 1969 – 1974 Ove Lundin studied piano with Gunnar de Frumerie at the Royal College and when he finished his studies he received a soloist diploma and the the College’s medal award. He then continued studying with Guido Agosti in Rome and Stina Sundell in Stockholm.

Born in 1949, Ove Lundin has taken part in a great many concerts, radio and TV programmes together with Swedish and international artists. One of these is Etta Cameron. Miss Cameron expressed appreciation of Ove Lundin in the press after a concert in which he accompanied her: “We have worked together before. Ove is one of the pianists I prefer to have on stage with me. In contrast to many others he has a clear conception of what it means to accompany; he listens, follows and supports and – most important of all – he understands the importance of pauses in music. In gospel music, for example, it is essential that the words come over clearly. It is the message that is most relevant and the music is there to emphasize it. That doesn’t work with a pianist who is continually embroidering behind you.” In reviews from the concert in question one could read such comments as the following: “…..Ove Lundin, constantly alert and therefore also responsible for creating the fine atmosphere, had his hands full, sometimes with beautiful block chords, sometimes with rolling blues figures, but just as often with fine, delicate and appropriate commentaries to the songs. It is easy to understand Etta’s enthusiasm over Ove’s paradoxically well thought-out yet spontaneous style of playing.” Another reviewer commented: “……After a careful start with Shearing-like chords, Ove Lundin, deputising on piano, blossomed out in superb solos with a distinct touch and clarity to his playing, far removed from superficiality and stress. Even in the rhythm section Ove showed his strength, sensitive and ever-listening with an ability to wait for the right moments. One can understand that it was worth flying this man all the way from Stockholm.” 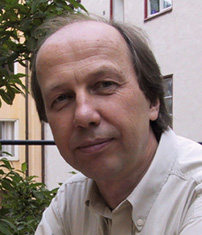 TMcCD 015 Song For A Willow