Lina Nyberg was born in 1970. To her generation, jazz music must have been anything but the obvious choice. To young people in the 1980s who found their way into jazz, curiosity and appetite cannot be put down to veneration of standing monuments. Many people probably found their way there by coincidence. Quite clearly, Lina had a new way of hearing things, and above all, her musical landscape was much broader and no longer confined within given boundaries. Genre was secondary, music primary. Oddly enough, listening to jazz came naturally to her, and when she wanted to become a musician, that was the kind of music that counted.

Her ambition was strengthened as a music student in a Stockholm high school, together with enthusiastic classmates, most of whom became jazz musicians, and with inspiring jazz educationalists as teachers. Next came studies at the Royal College of Music, and while there she gave performances with trumpeter Fredrik Norén, tenor saxophonist Bernt Rosengren and her own quintet.

Influences? Perhaps more like inspiration. Intermittently she had listened to others such as Ray Charles, Bessie Smith, Jimmy Rushing, Joe Williams and Nancy Wilson. Nearer home the female singers Nannie Porres and Monica Zetterlund and the male singer Claes Jansson are the first names she mentions. 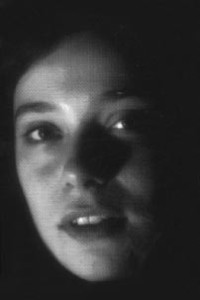