Lena Willemark was born in 1960 in the village of Evertsberg which is situated in the province of Dalecarlia. The heritage of folk music lies deeply enrooted in Lena’s music. She plays the violin and has become the best-known interpreter of traditional folk music in Sweden. In the early Eighties while at the Royal College of Music in Stockholm she became involved with jazz singing and the combination of the two music styles has made her one of this country’s most unique artists. She has worked with such groups as Frifot, Entell, Elise Einarsdotter Ensemble and the award-winning group Nordan together with Ale Möller. She has also collaborated with the composer Karin Rehnqvist. In 1998 when Stockholm was the Cultural Capital of Europe she was commissioned to write a work for the occasion which was included in a series under the title “Ladies Next”. Her composition “Windogur” successfully combined elements of jazz and folk music and among her fellow musicians were such giants as Bobo Stenson and Palle Danielsson. 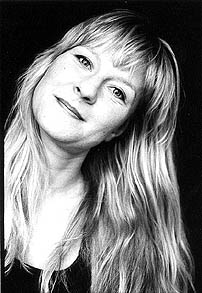