Jonas Knutsson was born in 1965 and comes from the northern Swedish town of Umeå. His parents were involved with the annual jazz festival there and through them his interest for jazz was awakened. He chose the alto saxophone as his main instrument. He studied in the late 70s with the American saxophonist Sahib Shihab who was then living in Denmark. Later he worked with the Indian tabla player Fazal Querishi, the American bassist Tom Kennedy and the fusion bands Cabazz and Mynta. He became a member of Elise Einarsdotter’s Ensemble with which he has toured many times in France and Belgium and with this group he came into contact with singer Lena Willemark.

Lena inspired his interest in the folk music traditions of Sweden. This led to them to forming the group “Enteli” together with Johan Söderquist, multi-instrumentalist Ale Möller and percussionist Bengt Berger. Through “Enteli” Jonas came into contact with many other representatives of the universal folk music culture and found himself fascinated by what he heard. This has been of great importance to his development as a musician and he now expresses himself on four different saxophones – alto, baritone, soprano and most recently – sopranino. Each instrument represents a range of different modes of expression for Jonas.

He started his own group Jonas Knutsson Band and worked together with pianist Bobo Svensson and keyboard specialist Mats Öberg. He has also been one of the leaders for world-music projects such as the Stockholm Folk Big Band and the World Music Laboratory. In France he is known as a member of drummer/composer Bertrand Renaudin’s project “l’arbre voyage”, a group which plays French jazz with influences of folk music. He has also written a Festival Suite on commission from the Gothenburg Jazz Festival as well as chamber music.

At present Jonas can be heard in his own group KNUTSSON (jazz/folk) together with pianist Anders Persson, bassist Sébastién Dubé, and percussionist Rafael Sida, as well as BERGER KNUTSSON SPERING (modern Swedish jazz), and the group TRYPTYK (modern Swedish folk).

Jonas to date has recorded five CDs as leader and taken part in around 100 CDs as a sideman together with Scandinavian jazz, folk and pop artists. 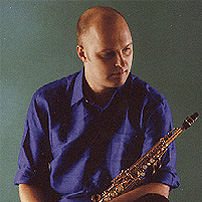