Jesper was born in 1954 in the Danish town of Hillerød. He started playing the guitar but at the age of sixteen he changed to the double bass. For two years he studied music at the University of Aarhus. During this period he started playing with different groups in the province of Jylland and at the legendary jazz club Takskægget he got the chance to play with Dexter Gordon, Johnny Griffin and others. He became a professional musician at the age of twenty-one.

Since 1976 he has performed with most of the top American jazz musicians visiting Denmark, among others Harry ‘Sweets’ Edison, Eddie ‘Lockjaw’ Davis, Teddy Wilson, Benny Carter, Dexter Gordon, Pepper Adams, Thad Jones and Mel Lewis. In 1978 he joined the Thad Jones/Mel Lewis Band for a three month European tour. He settled down in Copenhagen in 1979 and since then he has appeared on more than 400 albums and been touring and teaching as well. From 1989 to 1991 he was a member of the Danish Radio Big Band and since 1993 he has been a member of the Svend Asmussen Quartet. Jesper has received the Danish JASA and Ben Webster Prizes.

In 1994 Jesper formed a quartet named The Repertory Quartet in order to make a CD in homage to Thad Jones. The other members were guitarist Jacob Fischer, drummer Alex Riel and tenor saxophonist Bob Rockwell. The CD, titled “This Bass Was Made For Walking”, was a great success and the quartet became one of the more permanent groups in Danish jazz – and still is. In 1995 and 1996 the group recorded three more CDs with music by Thad Jones. On the CDs which followed, the group has featured music by Louis Armstrong, Bill Evans, Fats Waller and Charles Mingus. Later on Keith Copeland replaced drummer Alex Riel and in 1997 the group recorded another CD, now featuring music by Duke Ellington and Billy Strayhorn as the theme. In 1999 pianist Ole Kock Hansen replaced guitarist Jacob Fischer.

Like many others of his generation the double-bass player Niels Henning Ørstad Pedersen inspired Jesper for various reasons, and Oscar Pettiford meant a lot to him too. Among other double-bass players whom he feels akin to, he specially mentions Ray Brown, Milt Hinton, Paul Chambers and Sam Jones but there are of course Scott La Faro and Stanley Clarke too. The great ones are simply the best.

In 1998 Jesper toured with Hank Jones in Sweden and Norway. That was something quite special for Jesper as he, for a short period, had played in Denmark with Hank’s brother Thad in the Thad Jones/Mel Lewis Big Band. And it was Thad Jones who contributed to his decision to seriously choose the life of a musician.

Jesper has also appeared at many Jazz Festivals around Europe, for instance in Copenhagen, Bern, Montreux and at the North Sea Festival. In 1998 he played in Bern with the Hank Jones trio backing Doc Cheatham, and for the trumpeters Clark Terry, Harry Sweets Edison, Joe Wilder and Snookie Young. He was very happy to get the opportunity of playing with those musicians who have more or less invented the whole thing and who have been around since the beginning of the 20th century; there are not so many of the younger musicians who have had the chance to do that.

(Partially based on an interview made by Fleming Lehrman in [jazz stage], Sweden, 1/1999).
Compilation: Charles Gavatin
Translation: Dave Castle 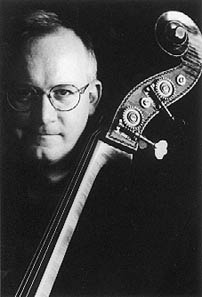