Jacob was born in Copenhagen in 1967. When he started playing at the age of fourteen he had a teacher, but apart from that he is self-taught by listening to solos on records. At first Jimmy Hendrix was his starting point – a marvellous musician. Today Jacob doesn’t listen to Jimmy Hendrix so much because he no longer plays ‘solid-body-guitar’ as he did at that time – blues and rock. And he doesn’t play fusion music but he has played techno-music.

Jacob never really has worked on making a career as a musician, it has just happened spontaneously. He used to go to the library to borrow jazz records – and was enraptured. One of the first recordings he listened to was ‘Jazz At The Plaza’ with Miles Davis, Bill Evans, Cannonball Adderley, John Coltrane, Paul Chambers and Jimmy Cobb (even though Philly Joe Jones’ name appears on the envelope). He didn’t know anything about the musicians, but slowly he began to understand the music and finally he knew it by heart.

Then Jacob became deeply affected by jazz-guitar players such as Jimmy Rainey, Lenny Breau, George Benson, Wes Montgomery, Jim Hall and John Scofield. Also pianist Bill Evans and saxophone-player Sonny Rollins were – and still are – great inspirations to him. He has listened to some musicians who play in a more modern style and then he has mixed that music with, for instance, the sound of Django Reinhardt.

Jacob has never tried to go from one place to another. He just became a professional at the age of 19, when leaving school three weeks before his last school day. He had burned his boats and there was nothing else to do but earn his living by playing music. When he started playing jazz, he played in a more modern way than he does today. Today, when playing for instance with Svend Asmussen, people say that he plays swing-music – and playing mainstream music offers opportunities to get many gigs. One should keep in mind that being a jazz musician is not as safe as being a bank-employee.

Jacob not only plays music but he also teaches music at the Rhythm Music Academies in Copenhagen, Ålborg and Odense. He is a winner of many music contests too, such as The Ben Webster Prize and The JASA Prize and in 1998 he was awarded the most illustrious Danish Palæ’s Jazz Prize too. He has toured Sweden, Norway, Finland, Belgium, France, Turkey, Italy, Germany and Iceland and he has performed in New York too. He is extremely active in playing and teaching on the Scandinavian jazz scenes. Between 1994 and 1999 he was a member of The Repertory Quartet (see the presentation of Jesper Lundgaard). The other members were double-bass player Jesper Lundgaard, drummer Alex Riel and tenor saxophonist Bob Rockwell. Since 1994 he is a member of the Svend Asmussen Quartet. As you will understand Jacob appears on a great number of albums too.

(Partially based on interviews by Jan Søttrup in [jazz stage] Sweden no 3/1999 and by Mikael Holbek in Jazz Special, Denmark Feb/March 1997). 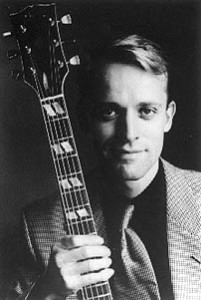 Featured on
TMcCD 010 Fine Together