Erik was born in Kristianstad, 1981, but grew up in Linköping. None in the family was a musician. At the age of six, he got his first guitar from his grandmother. Erik taught himself in the beginning, inspired by guitar giants like BB King and Eric Clapton. At ten he started taking lessons in classical guitar music, but never found the passion for it.

Erik attended the music “high school” in Norrköping, where he got hooked on Jazz music. One of the most important events was the meeting with Nisse Sandström, one of Swedens most prominent saxophone players. Nisse hear Erik play at a local club, and they soon became friends.

Nisse taught him a lot about jazz music and Erik was introduced to well-known and established musicians, who he later had the good fortune to play with.

After starting at the music school in Ingesund (Arvika), Erik met another musician who would have a great impact on his playing, Göran Klinghagen. Göran was a big source of inspiration and support.

Erik also went to Royal College of Music in Stockholm where he took lessons from famous Swedish musicians like Joakim Milder, Bobo Stensson, and others.

Nowadays Erik works as a fulltime musician and plays in many different venues and styles, not just strictly jazz. 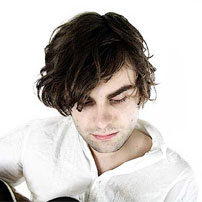