Elise Einarsdotter (born in 1955 in Sweden) is a pianist and composer who has led her own group Elise Einarsdotter Ensemble (E.E.E.) since 1984. At the age of 18 she went to the USA to study and work in New York and at the Berklee College in Boston, where she studied composition and arranging. After four years she returned to live in Stockholm and freelance.

“The human aspect is the message”, says Elise, whose commitment to jazz began early. Jazz provided me with what I was searching for in music, terseness, austerity and dissonance, with all of life’s colors combined with an enormous power capable of moving mountains.” For her it’s an important thing to possess a rich language, to be able to choose her own formulations and to express herself well – lessons she learned from Thelonious Monk, whom she actually met in at Berklee.

Elise is very particular about piano tuning and has said that on her Swedish tours she can tell almost instinctively which individual piano-tuner has prepared the instrument she will play that evening. Apparently pianists and piano-tuners know and relate to each other rather like golfers and caddies.

With four CDs to their credit it would seem that E.E.E. is a formula that provides a perfect musical environment for Elise and Olle. However, there are many different ways of expressing oneself musically, and for many pianists, given the nature of their instrument, there are several who would gladly accept the challenge of making a solo album, should they be provided with that opportunity. In this case it was an initiative taken by Laila and Charles Gavatin after some discussions in the late summer 1997, and in January 1998 Elise and Olle came up with an inspired selection of both solos and duets. In fact there are some tracks on which Olle plays solo bass and it is to his credit that he succeeds in creating an almost orchestral sound on this large four-stringed instrument, most noted for its timekeeping role in jazz. One could wonder if there was a risk that they might run out of ways of surpris-ing each other nowadays. Elise replied: “It’s almost essential that we should always keep searching for new things to say” and Olle added: “Perhaps even more impor-tant than surprising each other is the fact that we should still be able to surprise ourselves”. 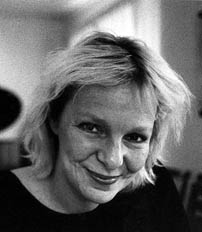