Claes von Heijne was born in 1957. Both his parents play piano and organ and already as a child Claes showed an interest for jazz, being influenced by recordings of Jan Johansson, Errol Garner, Count Basie and Louis Armstrong.

At the age of six he began studying classical piano with Irene Mannheimer and later began at the Adolph Fredrik Music School in Stockholm. From 1978 to 1980 he studied at the Royal College of Music and this was followed by two years at Berklee College in Boston from 1982 to 1984. Musical activities during this time included much playing with trumpeter Wallace Roney and drummer Jeff Watts. He toured in Canada and north-eastern USA with singer Arlene Bailey and then played on a cruise ship in the Caribbean one summer.

Returning to Sweden he joined the Fredrik Norén Band which included trumpeter Gustavo Bergalli and tenorist Thomas Franck. With them he recorded the LP “The Snake” and toured Sweden, India and Singapore. He moved then to the renowned Swedish jazz-fusion group “Egba” led by trumpeter Ulf Adåker with which he played mainly synthesizer, recorded the album “Electrobop” and toured not only Sweden but once again India and Singapore.

The next group with which he was involved for a long period was “Eldkvarn”, playing both piano and Hammond organ. He recorded four albums with them and toured extensively. Nowadays Claes can be heard playing piano, once again with the emphasis on bebop-orientated jazz, with amongst others Ulf Adåker and Rebecka Gordon. However, Claes enjoys playing in all genres. He also teaches at the College of Music in Piteå. 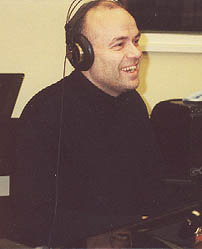