Christian Spering is considered one of the very best of the seemingly never-ending row of outstanding Swedish double bass players.

He was born in 1963. In his early teens he started out playing jazz music on his Fender bass but when he was 15 years old he switched to double bass. Between 1983 and 1987 he studied at the Royal College of Music in Stockholm and from 1986 to 1988 he was a member of the band led by drummer Fredrik Norén. That line-up included trumpeter Gustavo Bergalli, saxophonist Joakim Milder and pianist Esbjörn Svensson. He also played with the Gustavo Bergalli Quintet, a group that toured extensively, including several successful tours of Latin America. Christian has also participated in many of Gustavo Bergalli’s Latin American projects including the CD “Tango in Jazz”.

In 1987 he was one of the founders of the group “Encore”. The others were saxophonist Jonas Knutsson, guitarist Max Schultz, pianist Anders Persson and drummer Magnus Gran. That group won the award “Jazz in Sweden 1990” which resulted in several well-received tours and a CD.

Christian has played with many of the finest Scandinavian musicians, such as Bobo Stenson, Jon Christensen, Lennart Åberg, Lars Jansson and Anders Kjellberg to name only a few. He also has performed with the likes of Paul Bley, Tom Harrell, Kenny Wheeler, Paul McCandless and Tim Hagans.

Up to now Christian has appeared on more than 25 albums. 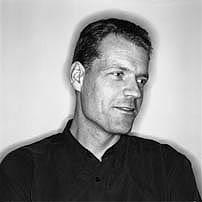